I’m sitting here this morning, and I just can’t get off my mind, how many little 4 year old babies across the country are about to head in to their first day of school tomorrow.  They will be full of excitement and wonder I’m sure – as they prepare for this next big stage in their lives – one that is going to consume the next 13 years of their lives.  Many of these children have been attending preschool programs – and during this time have been engaging in the build up to this moment in time.  They don’t even know it – but all the things their teachers have been doing for them in preparing them for school will assist hugely in this transition.  And I’m not talking of “school readiness programs”, I’m not talking of giving them a head start in the types of things they’ll be learning…… I’m not talking about what was years ago referred to as the “three Rs” (and obviously the person who made THAT up never did so well at their spelling lessons!).

I’m talking about teachers standing softly on the sidelines as children engage in disputes – watching that nobody gets hurt, but trying to encourage children to sort it out themselves.  I’m talking about caring enough to take the extra time to encourage children to do things for themselves, rather than just doing it for them – putting their belongings away, dressing themselves, opening their own lunch containers.  But also, I’m talking about the carefully prepared experiences that encourage children to work together on projects…. or build their creativity…… or encourage exploration that leads to understanding…… or encourages children to build empathy toward others and toward the earth they live on…….. or builds those many muscles in a child’s body to prepare them for all the things their bodies will need to do in the years ahead.  There’s a lot to be said for quality early childhood programs.

But even above all that – there is the TIME IT TAKES CHILDREN TO JUST BE CHILDREN!

That time to be filled with wonder as you discover the natural world.  That time to feel elated as you feel the wind whooshing by your face as you swing higher than high.  That time to hide with friends under a haplessly placed sheet, that becomes a secret hideaway.  That time to spin around in circles until you are dizzy.  I can go on and on……. but you get the picture here…….. that time to just be a child and be free……. the time to PLAY!

I know in my heart, that at four and a half – these little angels have still not had enough of that freedom.  There is still so much more play time necessary to get their minds and bodies fully prepared for formal learning at school.  And yet, we keep dragging them into school, ignoring all the research, and NOT DOING THE RIGHT THING by our children.

I’m sure if you asked most of them – they’ll be excited about “going off to big school”.  I’m sure that many will cope (and I’m sure there are many who won’t cope also).  But even if they do cope – this is not about coping.  This is about children who have just had a year of their childhood shamelessly stolen away from them…… by adults who are only thinking of their own agendas – perhaps a year less daycare fees, perhaps the social status of being proud that their child is so “advanced” that they get to start school early, perhaps the rush to have children off to school so they can have more time to themselves, or go back to work, or whatever…….  There is no agenda here for the child – it is all adult driven rot.

And those principals who are accepting these children into schools – SHAME ON YOU!  Perhaps our principals in schools also need to have some relevant early childhood training.  They need to know enough about development, to know that a “well rounded” child, does not mean “ready to take on the school system” – especially as it stands.  Record numbers of Prep children in their first year – being suspended and expelled from schools!  Yet that doesn’t seem to set off alarm bells for so many!  WHY?  Why can’t they see what they are doing??Give these little children back that year – STOP engaging in this ridiculous notion of “Early Entry”.  Do what is best for children and encourage more DELAYED entry.  It’s not about being “bright enough”, “switched on enough”, “mature enough”……. children need AS MUCH time as we can give them to play – so that they grow and develop in the way they were created to do so.  It is through play that children will become better learners – not through the ridiculous push down of formal education to children as young as four and a half!  There is not a single child who would not benefit from having an extra year (or two….or three!) before being subjected to school – NOT A SINGLE CHILD!

GIVE CHILDHOOD BACK TO OUR CHILDREN……. JUST GIVE IT BACK… 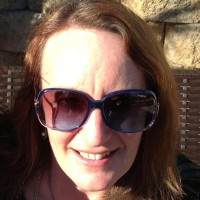 brought to you by

Support from our generous patrons makes Playvolution HQ possible. Support our work for as little as $1 a month.